It’s not often that I write an actual post about something I just came across on the net. Usually I just share interesting news via Google Reader here and the ‘Feed Favs’ section on my front page, but this is something I was so impressed by that I just want to show you the video right here without much talk.

Microsoft has become quite innovative in my opinion over the past months. Ranging from creative, refreshing and productivity boosting changes and features in Windows 7, to an actually competitive new search engine called Bing and the recently announced Windows 7 Phone Series with a quite unexpected look & feel, Microsoft apparently also wants a piece of that online maps cake. The following video, which I came across here, shows some of the latest (yet to be published) features of Bing Maps, some of which a rather impressive and astonishing than just cheap copies of what Google Maps offers.

But see for yourself:

Few weeks ago I stumbled upon these posts here and here, mentioning Google SketchUp as a design tool for home improvement, etc. This reminded me of one of my own articles that’s been in the drafts pipeline for quite a while now and which I had almost forgotten about. So here we go, finally:

Almost two years ago when I was about to move in into a new apartment, I was on the look for some 3D home design tool. Now, there’s plenty of those tools on the market, developed by smaller software companies producing software off the assembly line, i.e. flooding the market with half-baked mass-productions at a ridiculous price point. So I didn’t really consider buying one of those things. Then again, professional CAD software at an even higher (though justified) price point as e.g. various products offered by Autodesk would have been a bit of an overkill for the task at hand, which is why I finally ended up using Google SketchUp. END_OF_DOCUMENT_TOKEN_TO_BE_REPLACED

Is that really you, Microsoft?

“Change is the only constant.” I think it was Einstein who once said that. I also think it was Microsoft who tried to prove him wrong over the last years by constantly looking the other side whenever users did complain about their operating system. The ultimate proof I guess was Windows Vista. I don’t really hate it as much as most other people out there and I’m actually quite fine with it, but it took Microsoft way too long to get it released, the update, version and compatibility lists were way to complicated, it took them months after the initial release to get the system really stable and usable and finally, it’s hard to neglect the fact that Vista’s needs regarding memory, hard disk access and CPU load are quite a bit over the top, which is especially problematic for notebooks or even more netbooks. While I’m still quite ok with Vista though not particularly fond of it, I can absolutely understand everyone sticking with Windows XP for the time being. Microsoft never really admitted that Vista might have been a mistake, but obviously they must have taken note of that. Otherwise it’s inexplicable how they come to do so perfect with their next operating system, Windows 7. END_OF_DOCUMENT_TOKEN_TO_BE_REPLACED

As a Tablet PC user I’m relying on stylus input and handwriting recognition a lot. So let’s start with the good news: Microsoft did a hell of a job with Windows Vistas handwriting input panel. Recognition accuracy is really astonishing and though some third-party product like Firefox leave room for improvement talking about the input panel’s integration, it works well and fast in most other situations.

Now the bad news. I can’t get that freakin’ thing to learn my name. I must admit there’s no way my parents could have known that I’d be using handwriting recognition on a computer one day when they named me over 20 years ago. So I can’t blame them for deciding on Jürgen.

As long as I’m using German as the selected input language on the input panel, I’m fine. But since I’m dealing with English most of the time and since I’m also talking to some Spanish guys every now and then, most of the time my input panel isn’t set to German. Unfortunately Microsoft didn’t consider that case as relevant and there’s no way of teaching Vista my name with the input language set to English, not even using the handwriting personalization tool as it won’t allow me to enter any characters that aren’t part of the selected language’s keyboard layout. Automatic learning and correction tools aren’t an option either since whatever I write on the input panel gets changed into the closest fit of a standard character. As soon as the correction tool is running out of close matches to "ü" it just comes up with not-so-close matches. This turn’s out to become an extremely funny game that in no way I can win.

Finally as a another little side note on handwriting recognition in Windows Vista let me mention that I started training the system (in English) using the handwriting personalization tool to improve accuracy even more. This again works great just that I can’t run this tool for any language other than English. Especially not for German, Spanish or French input. It took me a while to find that information on the web but turns out that this is in fact true. Handwriting personalization is only available for English, Chinese, Japanese and Korean.

Microsoft could really care a bit more about DETAILS!!! 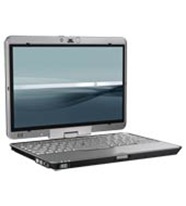 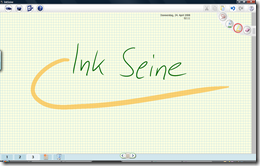 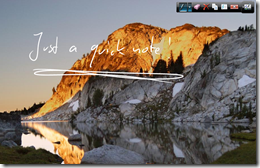 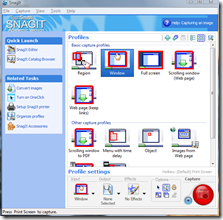 Hey Microsoft – I’m so annoyed! At least a bit!

Since quite a while Microsoft is pushing 64-bit operating system versions. In fact, talking about most of Microsoft’s current server products they’re even exclusively producing x64 versions. Now I’m a Windows Vista user since November 2006 and for half a year now I’m using the x64-version.

I’m quite satisfied with it as almost all of the hardware manufacturers of my devices provide the necessary drivers BUT I’m quite disappointed by Microsoft itself regarding their 2007 office series. I’m ok with its not being available as a 64-bit version, but I’m definitely not ok with messages like "Internet fax services are not available on 64 bit operating systems" which comes up when you click the Send as fax button in Word 2007. Same thing with Groove 2007 Filesharing Workspaces: "Filesharing workspaces are not supported on 64 bit operating systems". Neither is the Send to OneNote printer driver and as far as I remember the office problem solution assistant.

For months I’ve been waiting for a fix to this now, as none of the issues have

been addressed with SP1. Today I found a note on this blog stating that Microsoft isn’t planning to take care of the Send to OneNote printer driver in the current 2007 version of Office at all. It’ll probably be fixed in the next version of OneNote but there’s not gonna be any patch, update or fix for the current version.

This really disappoints me! It’s not just that Microsoft is taking care of those things very slowly, seems they’re not even caring about them at all. Considering that Microsoft Office isn’t exactly the cheap or free open-source office suite this makes me really hate MS a little bit. It’s just not ok like this!

Although the blog post mentioned above doesn’t say anything about the Groove Filesharing Workspace and Internet Fax service issues with 64-bit operating systems, I’d be surprised if they were facing a brighter future than OneNote.